Originally from Alabama and raised in Southern California, Dr. Russell Stanley has been in private practice since 2008 with San Antonio Podiatry Associates, P.C. He received his undergraduate degree at California State University, Northridge in 1999. In 2004, he earned his Doctorate of Podiatric Medicine from the California College of Podiatric Medicine. He continued on to residency at St. Barnabas Hospital and Trauma Center in New York City, serving as Chief of Podiatry in his last year.

Dr. Stanley is highly skilled in ankle, forefoot and rearfoot surgery. He has hospital privileges and is an attending at Southwest Texas Methodist Hospital and St. Luke’s Baptist Hospital, and is a board-qualified foot and ankle surgeon. He also participates in a range of research studies including diabetic foot ulcer, bunion surgery, tinea pedis, as well as the treatment of onychomycosis with oral, topical and laser therapy.

He is active in several sports including weight lifting, bicycling, swimming, scuba diving and loves to travel. He is married to his wife, Norma, and has two children.

Participate in a Study in San Antonio, TX

Volunteer for medical research to learn more about your condition, gain access to new treatments and medications, and contribute to medical advancements. 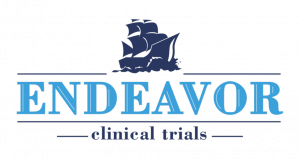 Part of the ERG Network of Research Sites
Together we are one of the largest research organizations in the nation focusing on the conduct of clinical trials for healthy individuals and those suffering from psychiatric disorders, pain, Alzheimer’s, hepatic, renal and other debilitating diseases.
PARTICIPANT INFO
SPONSOR/CRO INFO
Copyright © 2023 Endeavor Clinical Trials | Privacy Policy
Website by

NAFLD is the most common form of chronic liver disease in the US. Find out if you’re at risk today by taking part in a clinical trial enrolling now.

Apply to participate in a study of an investigational pain medication following a knee replacement.

Get back on your feet. Learn more about an upcoming clinical trial for bunion removal surgery.